September was National Chicken Month.  My plan was to publish this post a few weeks ago, but you know how things are in 2020.
So here we are in the second week of October and I wanted to show off a purchase I made back in August from the Big Bad Toy Store: 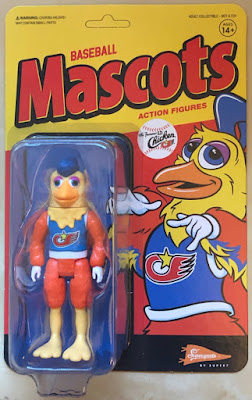 2020 Super7 ReAction Mascots Figure
This little action figure set me back $11.99... which is way more than most collectors would be willing to dish out for a standard action figure.  But when I discovered that Super7 produced these 3.75" figures that resemble action figures from my childhood, I wasn't going to let a few dollars stand in my way of owning one. 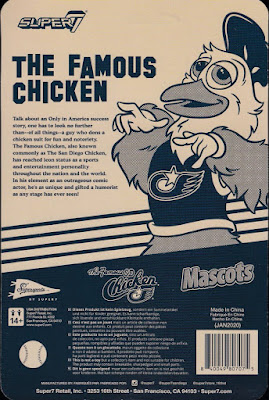 1982 Donruss #531
They produced another card the following year as well...

1983 Donruss #645
They also included him in their 1984 baseball set as well, but the only copy I own is buried in a box somewhere with the rest of the set.  However, I do have another card of the Chicken from the same year... 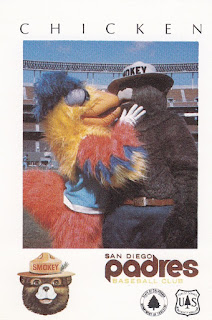 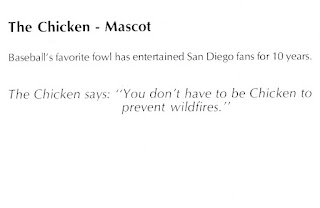 1984 Smokey the Bear #NNO
In 1992, Donruss produced another card of the San Diego Chicken for their Triple Play set.  I could have sworn that I owned a copy of that card... but it seems to have wandered off somewhere.  The only other card I could find of him was this more recent release...

2016 Panini Donruss #151
Panini has done a great job with these San Diego Chicken cards.  They've produced relic cards and had Ted Giannoulas (the man dancing around inside of the Chicken costume) sign some cards too.  Like the 1984 Donruss and 1992 Triple Play cards, these relics and autographs are also sitting on my wantlist.
In addition to these cards and my recently purchased action figure, I also own this signed bobble head that was purchased on Giannoulas' website a few years ago:

In addition to this bobblehead, I also purchased these signed 8x10 photographs: 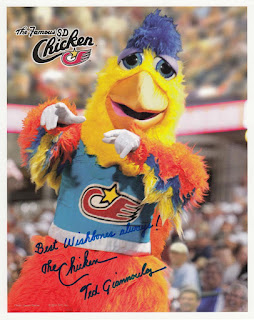 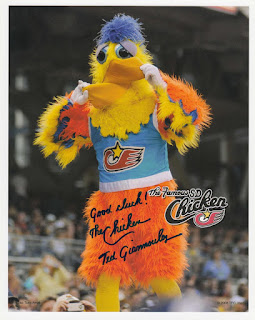 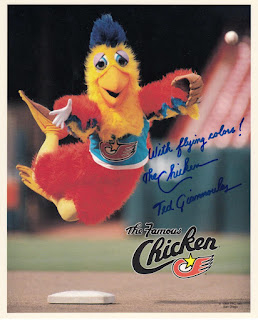 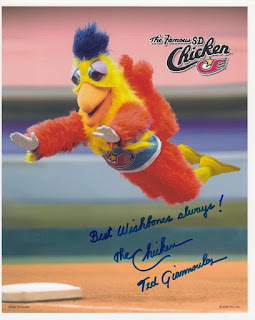 The bobblehead is no longer available on his website, but he still has these photographs available.
If you're interested, Mr. Giannoulas is willing to sign an item of yours free of charge as long as you include a SASE.  If you'd like his mailing address, click here.  Free is a fantastic bargain compared to the overpriced action figure I led this post off with.
Well that's it for today.  Here are a few "chicken" questions...
How do you prefer your chicken... baked, fried, or barbecued?
Best fried chicken restaurant?
What do you dip your chicken nuggets into?
Happy belated National Chicken Month and sayonara!
Posted by Fuji at 3:00 PM