It's officially allergy season here in my neck of the woods... and that means scratchy throats, itchy eyes, constant sneezing, and a constant dull headache due to sinus congestion.  I've lived with allergies my entire life and can handle almost everything on this list.  But the one thing that's been kicking my butt is the dull headache, which has been affecting my sleep schedule.

The last week or so, I've been waking up a lot in the middle of the night... and having difficulty falling back asleep.  As a result, I've been coming home and taking naps during time usually reserved for writing.

I have several half written posts waiting to be finished, but I haven't been in the mood to write the past four days.  On the other hand, I don't want this blog to go silent for too long.

So today's post covers a three pack break I ripped last night before crawling into bed.  All three packs were part of a prize package I won from Stadium Fantasium back in January. 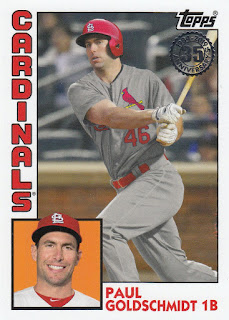 The first pack I opened was a 2019 Topps box topper pack that revealed the Goldschmidt you see above. 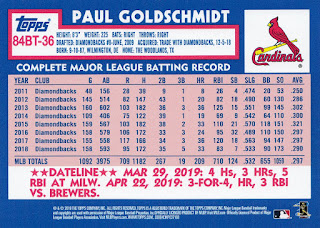 I like Goldy... but I'll probably pass this card along to Brady over at St. Louis Cardinals' Cardboard the next time I run into him at the card show we both attend.

The next pack was 2019 Finest baseball.  I was pretty excited about the opportunity to pull a new Fernando Tatis Jr. rookie card for my collection.  Let's see if I did: 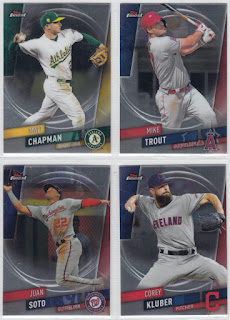 And sandwiched in between was this card: 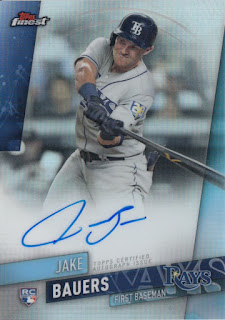 Again.  Not Tatis.  Not even close... but I'm not going to complain about pulling an autograph from a pack.

The last pack I ripped last night was a 1989 Pacific Baseball Legends (2nd Series).  This product features a bunch of fan favorites and hall of famers who played before I started watching baseball, so I was pretty excited to win this pack in the contest.

Here's what I pulled: 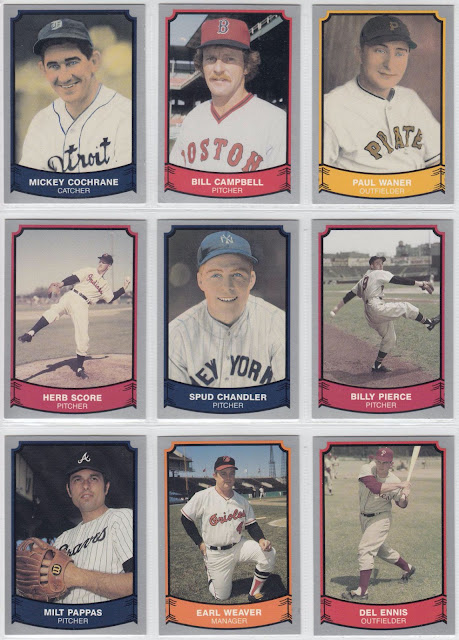 I can't remember the last time I pulled an Earl Weaver out of a pack of cards.  Maybe 1986 Topps?  He definitely looked much older than on this card. I also enjoyed the (possibly posed) action shots of Score, Pierce, and Ennis.  But the highlight was this Vida: 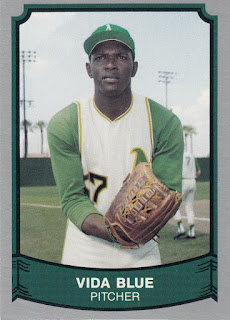 Vida last pitched for the A's when I was barely three years old, so I don't have any memories of his days in Oakland.  But you didn't have to watch him to know that he's a Bay Area legend and I'm always happy to add a new single of his to my collection.

Well... that's a wrap.  Sorry about the unannounced break.  I hope to be back on schedule by this weekend.