Cards, The Gambler, and Mom 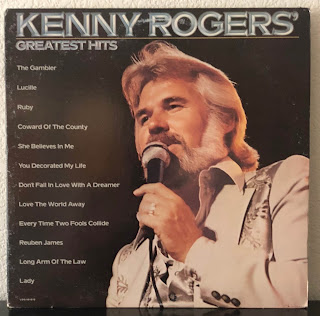 Daily routines are a part of our lives.  Well... at least mine.  One of the first things I do every morning is check my email and today was no exception.

That's when I saw this: 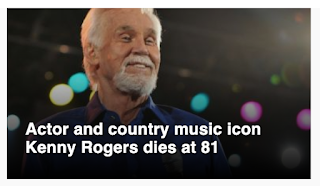 I immediately thought of my mom.  She loved listening to Kenny Rogers.  When I was a kid, we'd listen to his Greatest Hits cassette tape all of the time... which explains why I know the lyrics to a lot of his songs.

Today, I figured I'd pull a Night Owl and write a Match The Song Title post in honor of Kenny.  If you're not familiar with Night Owl's very popular series, I encourage you to clear your schedule and click here, because you won't be disappointed.

In short, he matches up a song title (not necessarily the meaning of the song) to a baseball card.  I'm going to attempt to do the same with three songs that remind me of my childhood and more importantly... my mother. 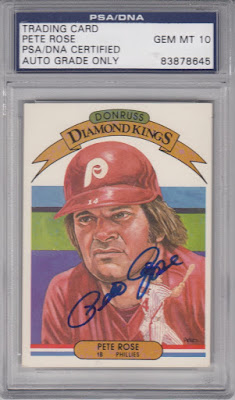 Kenny has a lot of popular songs, but according to Billboard... The Gambler is #1.  And the first person that pops into my head when I think "baseball" and "gambler" is Pete Rose. 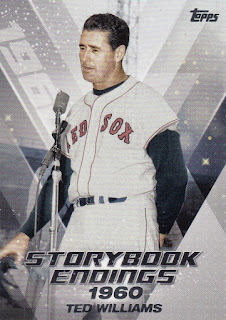 According to the Collins online dictionary, if you go out in a blaze of glory, you do something very dramatic at the very end of your career or your life that makes you famous.  Obviously Ted Williams is famous for way more things than what he did at the end of his career. 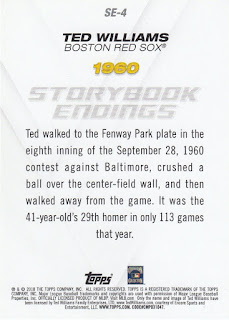 However I think the way he ended his career is pretty famous.  On September 28th, 1960 he smacked a home run in the bottom of the 8th against the Baltimore Orioles in what would be his final MLB at-bat.

A quick look at the 1960 Boston Red Sox schedule over on Baseball Reference reveals that they played three more games against the Yankees in New York.  Williams didn't play in any of those game.  I'm guessing the corporate brass wanted his final game to be played at Fenway instead of at Old Yankee Stadium. 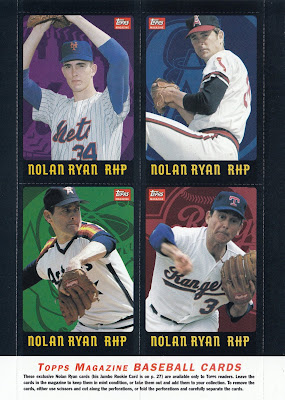 Through the Years is one of my favorite songs from Kenny and it's the song I chose for my mom's memorial service last year.  It will always remind me of her.  But she doesn't have her very own baseball card, so I decided to go with this sheet of cards featuring Nolan Ryan. 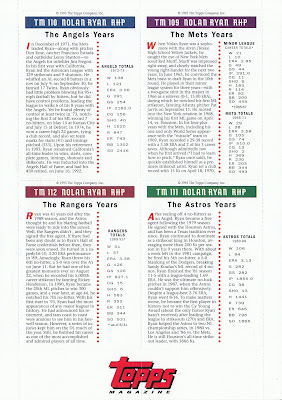 His career spanned four decades and this sheet captures all of them.  Topps did a great job summarizing his career highlights and statistics through the years of his career on this uncut sheet of cards.

Well that wraps up another post written during this time of social distancing.  Thanks for the memories Mr. Rogers.  May you rest in peace.

Oh... and before I go, here are the three songs from above:

As well as... your question of the day:

Are you fan of Kenny Roger's music?  Do you have a favorite song?

I look forward to reading and responding to your comments.  Happy Saturday and sayonara!
Posted by Fuji at 3:00 PM