This Monday is a big day for college football fans when Clemson takes on LSU in the Battle of the Tigers.  If I can find the game online, I'll probably put it on in the background.  But I've gotta admit, I'm not a diehard college football fan.  In fact, when I heard these two teams were playing, the first thing I did was head over to Baseball Reference to see what MLB guys played baseball for either of these colleges.  And one of the biggest names I found was Albert Belle.

Now Belle will never win any popularity contests or humanitarian awards.  The guy chased down kids on Halloween in his car, stalked his ex-girlfriend, got busted for indecent exposure and driving under the influence, and never had a positive reputation with reporters.  But there was a time when he was considered one of the most dominant hitters in baseball.

Today, I wanted to show off five of my favorite Albert Belle cards in support of LSU where he attended and played baseball for them from 1985 to 1987. 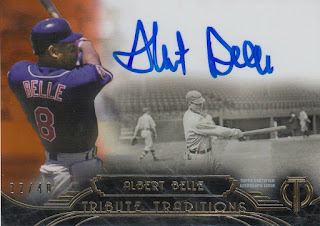 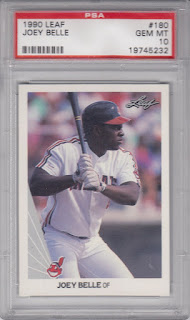 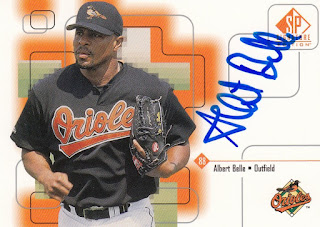 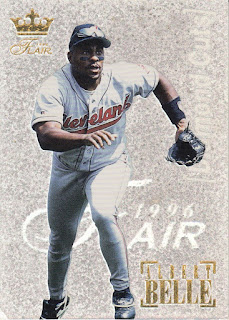 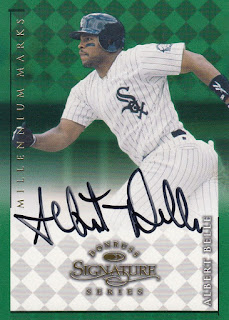 I realize some people are wondering how I could spotlight such a sleezeball on my blog.  It's pretty easy.

I'm able to take a few minutes to draw a line between the good and bad choices athletes have made during their lives.  Professional athletes aren't my role models or heroes.  That's something filled by my parents, siblings, friends, and other important people in my life like certain teachers, fire fighters, police officers, and individuals serving in the armed forces.

Plus the purpose of this post wasn't to have your children or my students choose Mr. Belle to become their role model.  I just wanted to show off some cool Belle cards, because back in the 90's, I would have been excited to pull anything with his name on it.  He's a part of my hobby history and turning a blind eye to that seems kind of silly.


What are your thoughts on collecting guys like Albert Belle, Pete Rose, OJ Simpson, and other athletes who have made very poor choices during their lives?


I'm looking forward to reading your responses.  I believe people should collect what they want to collect, so whether or not you'd choose to collect any of these athletes is all good to me.