Today the students had a minimum day... which meant that the teachers had the pleasure of sitting through some professional development.  Hopefully 2020 will start off on a positive note and the training will be finished right around the time this post is published.

Anyways... today's post is going to be short and sweet.  In about a week and a half, we'll find out who made the cut to Cooperstown.  As a baseball fan, I figured I'd post my personal picks even though my opinion doesn't count for squat.

Being a "small hall" kind of guy, this year I'm going to limit my pics to the three "no brainers" on the ballot: 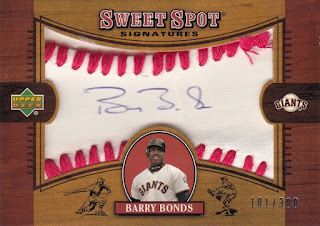 Bonds is my first no-brainer.  He's the best hitter I've ever personally seen enter the batter's box.  In an effort to keep this post a reasonable length, I won't be getting into the PED debate.  My opinion has wavered over the years, but it hasn't changed since 2018.  If you're curious, you can read my opinion on the issue here. 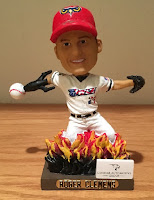 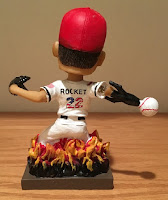 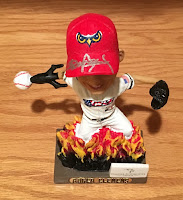 I've never been a fan of Clemens, but my vote (that doesn't count) is based solely on his contributions to his teammates and franchise.  The Baseball Writers' Association of America voted him the best pitcher in his league seven times.  That's enough for me to consider him a no-brainer.

As much as I dislike the New York Yankees, I truly admire how Jeter played the game.  He was the face of the hallowed franchise for two decades and his numbers are without a doubt Cooperstown worthy.  If Mariano received 100% last year, Jeter should this year.

If my vote actually counted and I had a few more minutes left in my lunch break, then I'd actually sit down and look at a few other guys I think will eventually get in.  But on this "minimum day" Thursday, I'm going to minimize the length of this post.