Life just keeps getting more and more interesting.  Wait.  There's no need to sugar coat things here.  COVID-19 sucks.  It's taken the lives of over 360,000 people on our planet and over 100,000 of those deaths have occurred in our country.  People are stressed about money, work, family, friends, food, health, the future of their families and our country, as well as plenty of other things I'm forgetting.

And if things weren't bad enough, the tragic death of George Floyd didn't help.    It's sad that our awesome country just can't find a way to live together in peace.  We're so divided, it's depressing.  It's even sadder that people are still treated differently based on the color of their skin.

It's so disheartening to know that there are police officers who feel like they are above the law.  It's also a shame that there are those who judge all law enforcement officers based on a handful of bad eggs.

Damn.  We've come so far as a country, but obviously we still have a long way to go.

Thankfully, our blogosphere is my safe haven.  It's a place I can hang out and take my mind off of the crap going on around me.

Games are another excellent source of distraction. 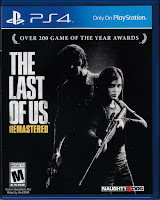 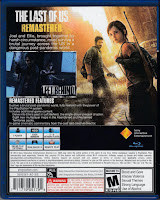 On Monday, I turned on my PS4 and started replaying The Last of Us.  The sequel comes out in a few weeks, so I wanted to get reacquainted with the story line.  The game is played from a third person perspective and takes place in the United States after the world has been ravaged by an infectious outbreak.  Sound familiar?

I can't remember the last time I played it, but it's been long enough for me to forget a lot of the small details.  I completed about 75% of the game on Monday... while spending about an hour each day during the week before completing it yesterday afternoon... right before I started playing another game:  Johnny's BFG.

I ended up winning some 70's Hostess, but that's a post for another day.  How about I show you the prize package I won from another game I played?

A few weeks ago, The Diamond King started his own version of the Big Fun Game.  He invited people who took the time to comment on his blog to sign up and I was one of the nine participants.

Every participant started off with 100 DK$, which were used to bid on a daily auction.  There were hidden bonuses built in so that contestants could earn more DK$.  The game was very unique and entertaining.  There were a total of twelve different auctions and I ended up winning two of them.

Out of the five inserts, four were new additions to my Kirby Puckett collection.  The 1987 Fleer All-Star is a duplicate.

This Green game used bat card was a nice bonus as it's numbered to only ninety-nine.  If you're interested, Bill's Baseball Card Blog just featured a post on guys who hit four home runs in a single game.  Green is one of those guys.

The second auction I won was a Pete Rose and Ichiro Suzuki lot:

I was happy to find out that all four Ichiros were new additions to the collection.  I have copies of the three Roses, but they're all part of complete sets, so these joined the Puckett rookie card in the 80's binder.

I was also involved in an auction with another blogger, Ryan G from This Card is Cool.  The lot contained four Nolan Ryans and two Roy Oswalts.  Ryan was only interested in the Oswalts, so we worked out a deal and I paid him seven DK$ for the Nolan Ryans.

These three will eventually be passed along to a different Ryan (aka SumoMenkoMan):

One of the coolest auctions was one I didn't end up winning.  It was a huge lot of oddballs.  But Sport Card Collectors did... and he generously passed along the three cards I really wanted from the lot:

Thank you Sport Card Collectors for hooking me up with these three oddballs... and a huge thank you goes out to The Diamond King for all of these wonderful cards.  More importantly... thank you for distracting me from the crazy stuff going on in the world we live in.  That game was awesome!

I'll wrap things up with a little Games People Play by The Alan Parsons Project:


This song comes off of their fifth studio album, The Turn of a Friendly Card. 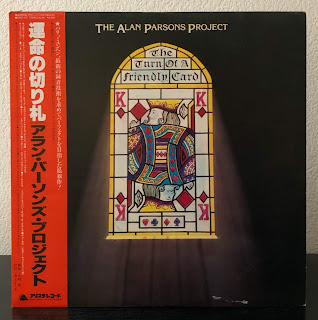 A couple of years ago, my brother gave me his LP collection and this was one of the albums.  By the way, when I'm not playing games to distract me from the real world, I'll sometimes lay on my couch, put on a record, and listen to music.

This morning, I read Adam's post over on ARPSmith's Sportscard Obsession where he mentioned reading helps take his mind off of things.  I totally agree.  I enjoy reading card blogs.  It's usually how I start and finish my day.

One day, I'll advance to reading books.  Kenny (better known as Zippy Zappy) recently wrote a Star Wars post centered around Grand Admiral Thrawn.  He mentioned in the comments section that Timothy Zahn had written a new trilogy about the popular character.  I bought Zahn's original trilogy back in the 90's, so I decided to pick up this one as well:

By the way... I wish I had the solution to the problems mentioned earlier in this post.  I don't.  It's awesome seeing all of the protests... when the people are peaceful.  But just like police officers, it only takes a few rotten apples to spoil the bunch.

I'm not ready to stand in crowds quite yet... but I'll try to do my part and show more compassion and positivity to others, because there's just too much hate and animosity in our world as it is.