Nostalgia will always be a large part of why I collect trading cards.  It also explains my love for almost everything related to that galaxy far, far away.
That's why when I woke up on Tuesday morning and saw a text message from my buddy Mike that David Prowse passed away... I was totally bummed.  With Star Wars being a huge part of my childhood, I needed to write a post about him.
This led me down a path involving his character, Darth Vader, who goes from being a bad guy into somewhat of a hero.  I started thinking about baseball players who might have done something similar.  It didn't take long for me to realize I was in over my head. 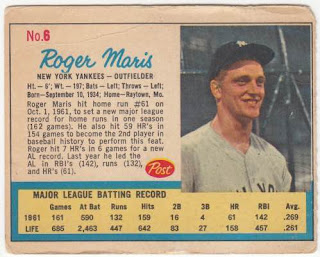 1962 Post #6
The closest thing I could come up with was Roger Maris during the 1961 season when he was chasing Babe Ruth's single season home run record. 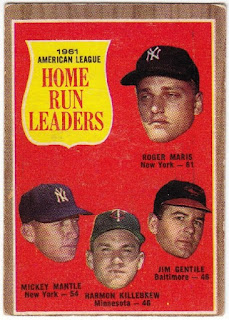 1962 Topps #53
Okay.  Maris didn't slaughter Jedi younglings and probably wasn't exactly a "heel" in New York.  However if I remember correctly... the media and many fans were rooting against him, while supporting his teammate.  Eventually... things changed and he became a hero to baseball fans.
Yeah, I know it's a stretch...
If you have a better example of a baseball player going from "heel" to "hero", please leave their name in the comment section below.
Getting back to Mr. Prowse... 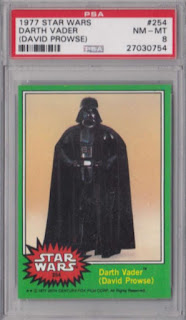 1977 Topps Star Wars #254
There's a pretty good chance that the first pack I ever opened was not of the baseball variety, but was 1977 Topps Star Wars.  Even if that isn't true... they're the first cards I remember collecting and asking my parents to buy.
And like millions of other kids in 1977, this five year old was hoping Santa Claus would deliver Star Wars toys to him on Christmas.  Forty-three years later, I still enjoy picking up a new Star Wars toy every now and then.  Usually it involves a Lego set, but recently I purchased this six inch Black Series figure of Darth Vader: 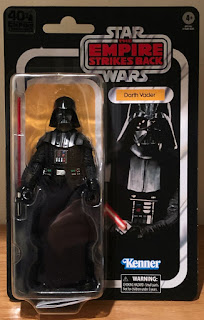 If you've never seen these Black Series figures, the level of detail that goes into them is pretty insane.  Plus the design of the packaging took me back to my youth.
Mr. Prowse... thank you for being a huge part of my childhood and helping me stay young at heart.  Rest in peace and may the force be with you.
Happy Thursday and sayonara!
Posted by Fuji at 3:00 PM