It's official.  I spent the final $4.99 sitting in my COMC account on a shipping request that is scheduled to take place on November 2nd of this year.  Is this the last time I buy something on their site?  Not sure.  But for now, I don't have any plans on adding additional credit.
I'm also waiting on a pair of Topps Project 2020 cards that I purchased last month.  Based on a comment I read over on this blog, it looks like I might be waiting awhile.

The question is... will I receive my COMC or Topps Project 2020 order first?  Last week, I would have assumed the latter, but with these COVID-19 delays... I'm not as confident.
The good news is I never have to wait for blogger care packages, since they're exactly that... care packages.  They are not expected.  They're surprise packages that show up in your mailbox, because the sender is a caring, generous human being.
Last month, I showed off some UD Decade bat cards I received in my last COMC shipment and Julie over at A Cracked Bat offered to add one more to my collection: 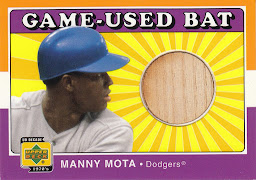 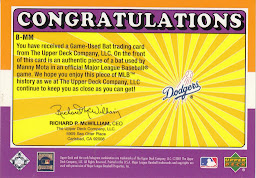 2001 UD Decade 70's Game-Used Bat #B-MM
Mota once held the MLB record for pinch hits... a fact I probably learned from his 1980 Topps highlights card.  Forty years later, he's still #3 on the all-time list.  This card is the twenty-third addition to this set build.  Not sure I'll ever complete it, but I'm one card away from being halfway there.
In addition to the sweet Mota (which makes him appear to be staring into the sun), she also sent me some bonus cards:

Ramon Laureano is my favorite current Oakland Athletic and has looked pretty solid so far... although he'll probably be required to take a vacation after yesterday's events. 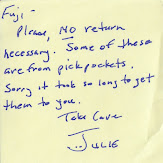 According to the note she included in her care package, some of these were cards from her "pick pockets".  I'm not 100% sure which cards are which... but I feel like I claimed that Colt Brennan jersey card for my Hawaii PC.  Up until this past season, he held the NCAA single season record for passing touchdowns. 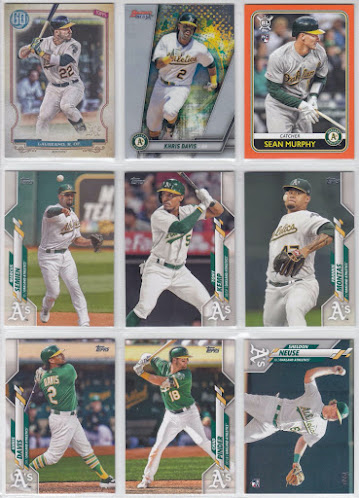 Thanks Julie for the very generous care package.  I love these "no strings attached" cards we exchange.  I know you stated a return package isn't necessary, but that's not how I roll.  It's going to happen at some point.  I'm just not sure if it'll happen before I receive my COMC and/or Topps Project 2020 shipments.
Okay... today's question involves the waiting game.
Who is currently waiting on shipments from COMC, Topps, or both?
And does anyone know if Topps has announced an updated ETA on these Project 2020 cards?  From what I can see the latest cards that were shipped to customers are cards #99 and #100.  I wasn't able to find the dates when these two cards were available on the Topps website, but as of last Friday... they were selling cards #193 and #194.
I wonder if the shortage of supplies (plastic protective holders) have anything to do with these shipping delays.
Happy Monday and sayonara!
Extra Innings 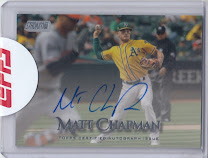 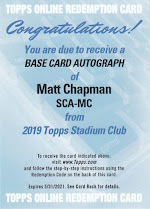 2019 Topps Stadium Club Autograph #SCA-MC
On a positive note, I purchased a redemption card for this Matt Chapman autograph on eBay back on July 10th.  Received it a few days later.  Entered the code a few days after that... and received the card last week.  I was very pleased with the overall turnaround time, so kudos to Topps and their redemption department.  Wait.  Did I just type that?
Posted by Fuji at 9:00 AM