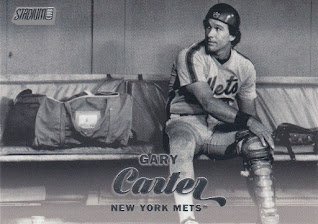 Three weeks ago, my 2017 Stadium Club baseball set sat in a 5000ct. box less than half way (40%) complete, but completely forgotten. 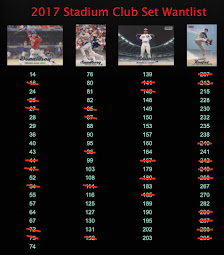 However thanks to three generous bloggers, I'm down to needing only 53 cards.  That's 83% complete! 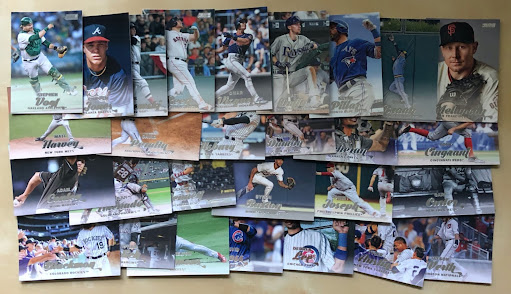 Bob (The Best Bubble) got the set building ball rolling.  Alex (Chavez Ravining) joined in about a week later.
Then Chris from Trouble With The Curve sent me a padded envelope containing twenty-eight more cards for the set build.
My favorite photograph was easily the Gary Carter shown above.  I'll always remember him primarily for his time with the Montreal Expos, but seeing him putting on (or taking off) his catcher's gear reminded me of his time with the New York Mets and instantly put a smile on my face.
He threw in a bunch of Stadium Club inserts as well: 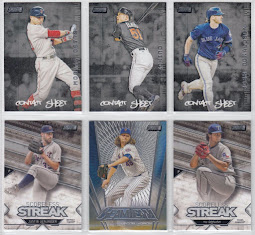 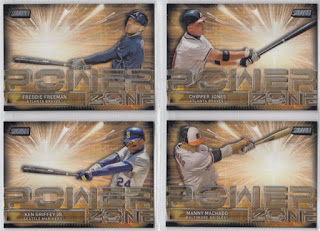 Along with this very this sepia parallel of Omar Vizquel: 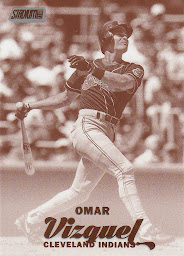 2017 Stadium Club Sepia #141
Thank you Chris for helping get 9% closer to completing the 2017 Topps Stadium Club set.
I also received two generous PWE's from a retired card blogger and a current card blogger.  I've been stacked by The Pancake King's!  He sent this rare refractor for my Oakland A's PC: 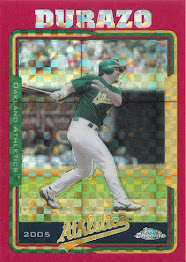 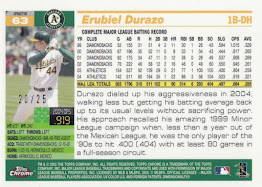 Thank you Wes!  I found four autographs for your wrestling collection.  Shipped them out last week and they should be arriving soon.
And last, but certainly not least was a quartet of Wacky Packages from John over at Johnny's Trading Spot:

1991 Topps Wacky Packages
Every Wednesday, he shows off some Wacky Packages on his blog and I had commented how cool these cards were.  Next thing you know, they're arriving in my mailbox.
Thank you John!
Gotta say... this is an excellent way to kick off the week.  Perfect timing too, since I'm heading into my classroom for the first time in a very long time and officially getting back to work as I start planning for the 2020-21 school year.  As I mentioned in a previous post, the students will still be doing "distance learning", but at least the teachers have the option of teaching from their classrooms, which is where I plan to teach part of the time.
I'll try to stay positive and say that this year will probably be more interesting and unique than the average school year.
Best of luck to all of the other card bloggers who teach who are also preparing for the new school year.
Happy Monday and sayonara!
Extra Innings
This was the first post that I've written completely using the new Blogger interface and I'm not a fan.  I've spent about a week fooling around with it, but wish the would allow people the option of sticking with the "legacy" Blogger.  That being said, I do like that I was able to fit four cards on one line.  That was something I wasn't able to do before.
Posted by Fuji at 9:00 AM